Seems not so long ago that then-Dallas Mayor Laura Miller and Dallas Film Commission director Janis Burklund were staging a press conference in the Dallas City Hall Flag Room begging the producers of the (ill-fated) big-screen Dallas to “Shoot JR Here.” They brought with them T-shirts and bumper stickers, and despite the gimmicks they were serious and not a little desperate to re-energize local film and TV production, which had grown fallow in the absence of state tax incentives that could lure cameras and crews to Dallas.

Some four years later, Burklund cannot recall Dallas ever having been this loaded with productions. Of course, FOX’s Code 58 is here till at least July, and, as we mentioned two weeks ago, Jerry Bruckheimer is set to shoot an NBC pilot, Chase, in March. So far, only Desperate Housewives’ Jesse Metcalfe has been cast as a U.S. Marshal on the lookout for fugitives in the American Southwest.

END_OF_DOCUMENT_TOKEN_TO_BE_REPLACED

We’ve been updating the gallery with older pictures. These are just captures from Jesse’s appearance on the show LA Ink back in 2007, where he got his tattoo. I love it! 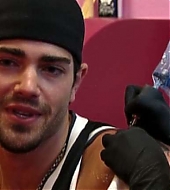 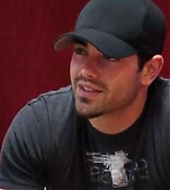 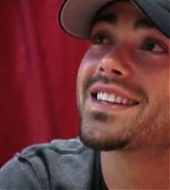 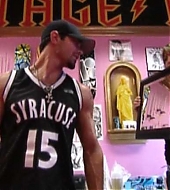 The Jerry Bruckheimer-produced project centres on a high-priority fugitive apprehension team in South Texas. Former Desperate Housewives star Metcalfe has apparently been tapped to play a preppy Marshal from D.C.

It would be great if they filmed this in Texas, since that’s where I live. haha.

Posted by Tanea
No comments   /   Leave a Comment?
News

On Saturday, February 6th, Sin City’s premier property will host a $1,000 + $70 straddle no-limit hold’em charity poker tournament benefiting the Sharon Osbourne Colon Cancer Program at Cedars-Sinai Medical Center. Master of ceremonies will be Michael Godard, a modern artist who dedicates himself to philanthropic causes through his work. Half of the prize pool will go to charity, the other half will be distributed, along with valuable prizes, to winners.

The red carpet walk and silent auction start at 2PM. The tournament starts at 3PM.